We want a community that is free from poverty and rich in opportunity. 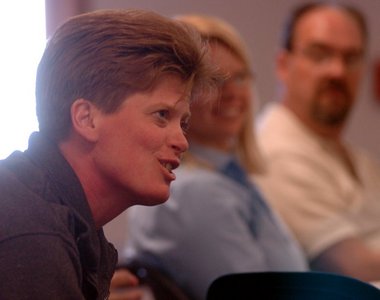 Children who make healthy choices grow into responsible adults who are able to achieve their own success and a financially stable life. Your support allows United Way of Jackson County to fund drug education prevention for middle and high school students throughout our community. Shelly Milligan has been the Program Coordinator for many years and she is routinely stopped by former students who have been IMPACTED by the program. Shelly posted her most recent encounter on Facebook a few days ago.

I was getting ready to leave the bowling alley this morning when a man walked up to me and asked if my name was Shelly. I suspiciously said yes and then he told me that he remembered me when Breakout came to his school in 1992. He said the program had such a profound effect on him that he was “dead set against doing drugs and drinking in high school”. He told me that, of all the things he experienced in high school, Breakout had the biggest IMPACT on his childhood. He even said he believes it has had an IMPACT on how he talks to his kids about alcohol and drugs.

With tears in my eyes I told him thank you and gave him a hug. I told him I am still a part of the Breakout Program and we are in nearly every high school and middle school in the county. He asked about East Jackson and I smiled and said “I am going to EJ on Monday for the start of a two week class”. He shook my hand and said he was so thankful Breakout was still in the community. As we parted ways he smiled at me and said “my son will see you on Monday”. I LOVE MY JOB! THANK YOU LORD FOR REMINDING ME OF JUST HOW IMPORTANT THIS WORK IS!

Last year as a result of this program 456 middle school students in Jackson County made a commitment to not use alcohol, tobacco or other drugs. When our youth commit themselves to making the right choices they will escape the persistent, multi-generational poverty that has swallowed up so many lives in our community. Your support is creating real and lasting change that is IMPACTING the lives of our youth.

Help others commit to a drug free life.

← Being Involved To Better Our Community

Financial Stability For Everyone, Including The Elderly →